• An empty space to set up a private booth for the official sponsor at the conference entrance B1
• The only official and exclusive sponsor as there is no more than one sponsor for this category of care
• In addition to sponsoring the Smart Vision Awards ceremony, within the amount paid for sponsorship
• The presence of the company logo in Media Zone, the place designated for photographing TV, press and attendees, ensuring that the company logo will appear in all photos and videos, and on all satellite channels
• Logo of the official sponsor of the exhibition and forum during the forum announcements in daily newspapers and magazines
• 2 speakers from the official sponsor of the “discussion sessions”
• A special honor shield for the company at the closing ceremony of the conference
• Constant banner on the event site in addition to variable banners inside the website of the event
• Flags for the trademark inside the conference hall exclusively, and the flags are printed by the sponsoring company, not the organizing company.
• A comprehensive PR campaign that may include a television interview
• Delivery service to and from the airport and the residence hotel for foreign companies coming from outside Egypt
• Periodically designing the company on the event's Facebook page and all social media
• Logo of the official sponsor of the conference during the announcements of the conference, not independent ads in daily newspapers and magazines
• Obtaining the registration data on the website in addition to a full copy of the customer details that you have already attended
• A publicity campaign for the company on Facebook and Instagram and sending the data directly to the sales team for a period of two weeks and direct links to the company website or the company's page on Facebook
• A photo session for the team working on the company professionally and will be published in many newspapers and websites
• Give the official sponsor empty spaces to put 12 roll-ups inside the "Spaces Only" forum.
• Display the name and logo of the company in the largest size on the main board behind the podium during the conference
• A special gift from the company’s database for businessmen and investors, including 10,000 people bearing a name, phone and e-mail
• The company provides you with 10 free coupons for training services for employees of the company from Smart Vision 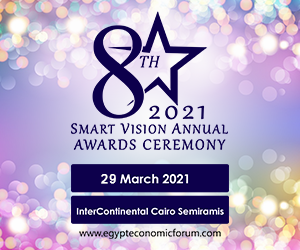 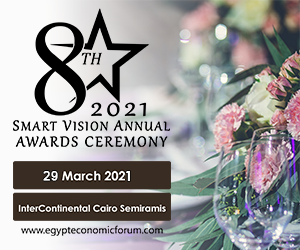 Are you ready for registration at the conference?

Register with us in the biggest economic conference in the Arab world.